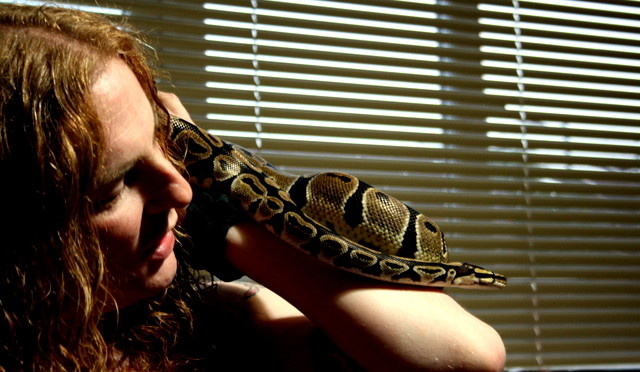 S. Naomi Scott is a writer of science fiction and fantasy who was born in Sheffield, England, in 1972. Despite being identified as male at birth she has personally identified as female for most of her life and began the process of full gender reassignment in 2006.

She developed a fascination with the written word at an early age, especially science fiction and fantasy, and as a result has always harboured a desire to be a writer. This has led to her having several short stories published over the years, as well as receiving a runner’s up award in a BBC Radio short story competition in the early nineties.

Alongside her full-time job she is currently working on a series of short weird west novels which she hopes to have ready for publication in late 2015, though as she has regularly pointed out, there are no guarantees. She is also a member of the online writers’ community at Scribophile. When she’s not writing she can sometimes be found playing games on Steam or watching various films or TV shows on Amazon Prime and iTunes. And if that wasn’t enough she’s also halfway through a course to become a certified bookkeeper. It’s all fun and games.

She’s a bit of an animal lover, and over the years has lived with a range of pets including various cats, assorted dogs, rats, snakes, an iguana, two tortoises, a leopard slug, sundry fish and other aquatic critters, hedgehogs, mice, cockatiels and even a starling (called Sparky).

She currently lives in Sheffield with her partner, her cat (pictured above) and their housemate.