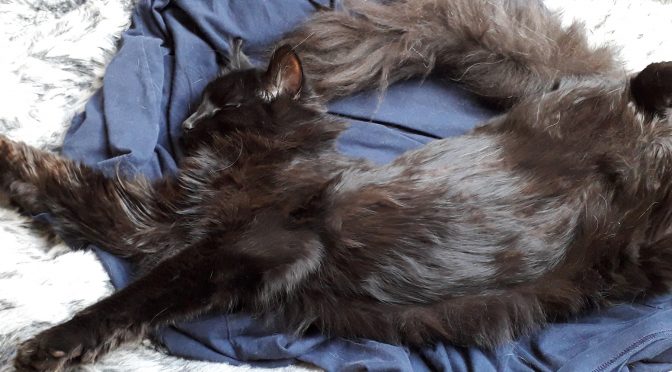 So here it is. 2019. The first day of a new year. The time when traditionally we’re supposed to make a list of all the things we’re going to do over the next twelve months to better ourselves in some way. Well, who am I to fly in the face of tradition?

I guess the biggest goal I’m setting myself this year is to actually get something published. I’ve got a role-playing game that’s shaping up nicely, and a sci-fi novel that could very well be finished within the next few months, so I don’t think it’s unreasonable to say I’ve got a chance of hitting this one. I also have a fantasy novel that’s growing way faster than I expected when I started it in November, so who know what could happen?

Now, there are probably a few people reading this post who know about my earlier attempt at self-publishing. I’ve mentioned this before and I’m not ashamed to admit that last effort really was crap. It was rushed, it was unedited, and the cover art wasn’t exactly inspiring. I know there are people out there still waiting for Charlie’s Law (due Summer 2006, honest). Well, hopefully I’ve learned from the mistakes of the past (for example, don’t use Lulu) and I genuinely do intend to do better with these current projects.

If you want to keep up with developments in my writing projects you can follow my progress over on Patreon. You don’t have to pledge any money to get access to the basic updates, so please feel free to follow me on there if you get the chance.

In 2018 I challenged myself to read a hundred books and by the end of the year I’d managed to finish ninety three, which I don’t consider to be too bad. This year I’ve set myself a smaller target of just fifty books, taking into account the fact I’m not currently commuting to work five days a week. This means as long as I can manage one book a week I should hit my taget without any problems.

In terms of which books I want to read, I’ve already set up a list of possibles on Goodreads, and have a few books on pre-order. I’m especially looking forward to new releases from Anna Smith Spark, Anna Stephens, Adrian Tchaikovsky, Jen Williams, Kameron Hurley, Aliette de Bodard and Gareth L. Powell. I also have it on good authority that there should be a final chapter in the Empire Dance series from Steven Poore, all being well.

I’m also planning on finishing off a few series and trilogies that have been sitting in my to-read list for a while, including N. K. Jemisin’s Broken Earth trilogy, Sam Sykes’ Bring Down Heaven, Cherie Priest’s Clockwork Century and Peter Newman’s Vagrant trilogy. Not to mention all the 2018 releases I didn’t get to read last year, such as Micah Yongo’s Lost Gods, Naomi Foyle’s Stained Light, Tomi Adeyemi’s Children of Blood and Bone, R. F. Kuang’s The Poppy War and Naomi Novik’s Spinning Silver.

Yes indeed, 2019 is certainly looking like it’s going to be a good year in books.

My general life goals this year are pretty standard. Get a new job, try and do more exercise, be more sociable, and so on. That first one is especially important for me this year, what with currently being out of work. I’m also going to try and make a conscious effort to be more positive in general this year. The Brain Assassin has been a complete bitch since June, and I really do want to kick her to the curb sooner rather than later.

On the social front, I’m definitely going to be doing the trip to Derby in July for EdgeLit, and hopefully again in November for SledgeLit. Funds allowing I’m also hoping to get to BristolCon again in October because I really enjoyed the last one I went to. I shall of course also be around for any and all SFSF Socials that crop up in 2019. If you see me at any of those events feel free to say hi.

And that’s it, my plans for making a better me in the months ahead.