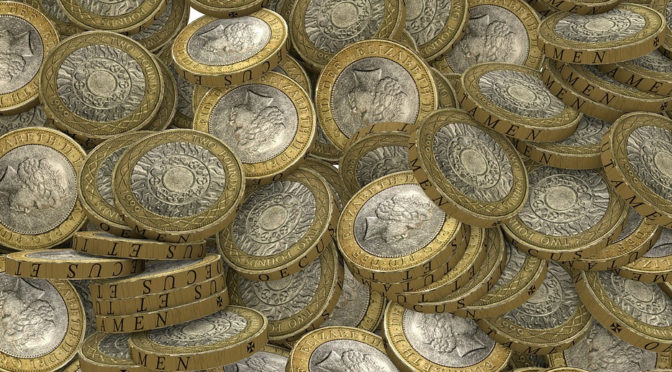 So recently I’ve been thinking about the price of ebooks, and I have a few thoughts I’d like to share with you, if I may.

Within the last twelve months the Big 5 publishers have all negotiated new deals with the major booksellers that basically means the resellers have to sell ebooks at a fixed price determined by the publishers themselves, and effectively stops the resellers from offering any sort of discount on ebooks. This has led, in turn, to a gradual increase in the average price of ebooks through most resellers, with the Big 5 published books showing the highest price rise.

Now, regular readers will already know that I love my Kindle. Since I bought it back in late 2011 I’ve probably read more books than in any given ten-year period before that; according to my GoodReads account the total for the last three and a half years is 361 books read, and while not all of those are digital reads, the vast majority are. I also have several hundred more books already added to my Kindle, and even more on my personal to-read list that just keeps getting longer and longer. If I had to buy all of those books in dead tree format I’d need a small library just for my own personal use.

Here’s the thing. Looking back through my Amazon history, I don’t think I’ve ever spent much more than about five pounds (roughly seven or eight dollars) for a single novel e-book. I’ve spent more for multi-volume compilations, but in those cases I’ve always gotten three or four full novels for the price of two or less. I certainly wouldn’t pay hardcover prices for an e-book, and even think twice before paying the same as I would for a softcover of the same book.

The reason for this is two-fold. Firstly, when I buy a dead tree format book, I’m getting a physical object I can hold, share with my friends and if necessary sell on as second-hand further down the line. An e-book, on the other hand, isn’t a physical thing; it’s nothing more than a licence for the rights to read the story contained within the digital file you download. Amazon have shown in the past that they can quite easily delete those files from your eReader if they so choose, and the simple fact is you don’t have any say in this matter. Now, I know the likelihood of Amazon suddenly removing all (or any) of those files from my Kindle is pretty slim, but given the possibility it might happen, and given that there’s no physical ownership involved, I think it’s only fair to pay a proportionate amount for the right to read the book.

The second reason I have for not wanting to pay as much for digital content is simple common sense. A physical object takes time to make, uses up materials, requires space for storage (and therefore warehousing prior to sale), needs to physically be transported to the consumer, and requires the involvement of a large number of people just to get it from the creator (in this case, the publisher) to the consumer (in this case, the reader), all of which add to the production cost along the way.

A digital file, on the other hand, only has a fraction of these overheads; it doesn’t use raw materials, storage is limited to a tiny fraction of hard-drive (or flash memory) space, is transported from seller to consumer electronically and generally relies on a much smaller number of people to get it from creator to consumer. It’s so easy that a massive number of independent authors are now effectively doing all of this for themselves. Long story short, the costs of producing an e-book are way lower than those of producing a dead tree book. Why should I pay the same (or in some cases more) for the digital version?

It’s easy to see that one of the possible outcomes of this recent change in pricing is that the Big 5 could see a drop-off in digital sales of their books. This will in turn mean less money for the publishers, less money for the authors, and a perceived drop in popularity of ebooks. The publishers will then use this to further their argument that print is the only way forward, that ebooks are dead, and anyone who says otherwise is whistling in the wind. However, there is another way of looking at it.

If the Big 5 want to put their prices up, let them. I recognise that I’m what would be considered a high-volume reader; I spend an estimated fifty pounds per month on reading material, most of which goes on ebooks. If I’m given a choice of five Big 5 published books at ten pounds each, or twenty indie books at a couple of pounds each, I think I’d be inclined to lean towards the second option more than the first, and as a result the indies get the money, more books overall are sold (just not the ones the Big 5 care about), and I get more to read.

Now, I’m no expert on this, and I dare say that the Big 5’s ongoing war against ebooks will continue for a long time to come, but while they insist on charging hardcover prices for new release ebooks, I’ll keep on spending my money on other (cheaper) books.