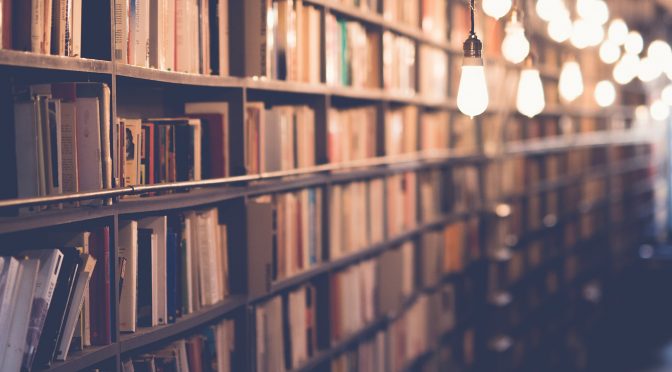 We’re almost at the end of another year, and I have to say, 2018 has been a fantastic year for genre books. there have been some cracking good follow-ups to some of last year’s best debuts, along with some seriously well written shorter works. Talking to other readers at EdgeLit and SledgeLit, and picking up on reviews online, there’s definitely a sense that genre publishing, in all respects, has gotten better, broader, and more diverse this year, and next year is looking even more so. With that in mind, I thought now would be a good time to look at the books which have stood out most for me in 2018.

Despite changes in my personal circumstances that led to a serious curtailing of time spent reading I’ve still managed to rack up ninety-one books this year (so far), with twenty-two of them published in 2018, and choosing a favourite from those isn’t all that simple. In the end I managed to slim my best of ’18 list down to ten entries. Here they are, in no particular order.

The Tower of Living and Dying (Anna Smith Spark)

This is an absolutely amazing follow-up to last year’s Court of Broken Knives, and in my opinion firmly cements the Anna Smith Spark as one of the modern greats of genre literature. Her writing style is, to my mind, refreshingly unique, and having listened to her reading from her work on a couple of occasions I’d have to say her books are probably best experienced in audio format. You can read my full review of this book here.

Darksoul is the second in Anna Stephens’ Godblind trilogy, and again is a fantastic piece of writing. This one deals almost exclusively with the siege of the city of Rilporin, which Anna so artfully set the stage for in book one, and as with the first book in the trilogy this is another heart-wrenching, emotionally fuelled read. It’s definitely not a light read, though if you’re a fan of Grimdark in any way then this trilogy should be right up your alley.

This is Chambers’ third book in her loosely connected sci-fi series, and once again she delivers a superlative ‘slice-of-life’ novel, this time introducing us to life on board one of the human exodus ships previously only hinted at in earlier books. While I’ll admit I didn’t find this one as good as the first two, given how high a bar she set for herself in A Long Way to a Small Angry Planet and A Closed and Common Orbit this is still a fantastic book that reminds us that sci-fi doesn’t have to be dark and dystopian.

Before Mars is the third in Emma Newman’s Planetfall series and personally I think it’s the best one so far. At its heart it’s a mystery novel, and as with the previous two (Planetfall and After Atlas) it works as a standalone novel but also manages to add an amazing amount of detail to the worldbuilding provided in the earlier books. It also once again presents us with an incredibly well fleshed character, something Newman has always been able to do with ease as far as I’m concerned. If you haven’t read any of the books in this series then I’d strongly recommend giving them a chance.

Another second book, The Bitter Twins is also part of Jen Williams’ second trilogy after The Copper Cat. Following on from The Ninth Rain, this is another excellent mid-trilogy read and raises the stakes well above where they’d been left in book one. As with all of Williams’ works so far there’s plenty of humour thrown in to the narrative which works as a nice counterpoint to the dark and serious aspects of the story. The characters we’d grown to love in book one are here, and new characters join them to expand the cast and give us even more people to worry about when the action heats up. I really can’t wait for the next one.

I really enjoyed the first two of Nnedi Okorafor’s Binti trilogy, and the third and final instalment was no exception. This one finds the eponymous character at the heart of a growing conflict, and perhaps the only one who can stop a war before it begins. I’ve not read as much of Okorafor’s work as I perhaps should, with the Binti trilogy being my only foray into her writing so far, but one thing I can say with certainty is that she has an amazing ability to get the reader to empathise with her principle characters, even the most absolutely alien of them. If you haven’t read any of this trilogy yet then I’d say wait until the collected edition comes out in February, but if you can’t wait that long start then at least make sure you read them in published order (Binti, Binti: Home, Binti: The Night Masquerade).

This delightful novelette caught me completely by surprise when I read it. It’s an alt-history take on the story of the Radium Girls with some nicely crafted speculative elements, and in its ninety-some pages managed to firmly but gently take hold of my heart before mercilessly ripping it apart. Emotionally this is a far from easy read but it’s definitely worth the effort and I think it’s solidly indicative of the quality of work coming out of tor.com’s novella imprint at the moment. I for one will be paying close attention to Bolander’s future work and look forward to reading more from her in 2019.

This is Nora Jemisin’s first collection of short fiction and I’m really hoping it won’t be her last. In the past I’ve found that an anthology or collection is only as good as its weakest entry and in the case of Black Future Month what we have is an absolutely excellent collection. I didn’t find one less then sparkling story in this collection and if you’ve not read any of Jemisin’s work yet then this really is a good place to start. Short fiction really doesn’t get much better than this.

I’ve seen Gareth Powell’s name bandied around quite a bit in the last year or so, mainly for his Ack-Ack Macaque series, so it was only a matter of time before I decided to give him a read. All I can say is I’m glad I decided to start with Embers of War. It’s a seriously well-written modern space opera, with shades of Iain M. Banks and Babylon 5 thrown into the mix, and includes some well-rounded, captivating characters. I already have the sequel pre-ordered and look forward to reading more of Powell’s work going forward.

The Tea Master and the Detective (Aliette de Bodard)

This is another novella, this time riffing on Sherlock Holmes in space. Our narrator, The Shadow’s Child, is a mentally scarred war veteran shipmind and clearly takes the role of Watson, while the Holmesian character is presented in the coldly logical and arrogant Long Chau who ends up hiring The Shadow’s Child to help her investigate some space wrecks and retrieve a body. Despite the massive remove from more traditional Sherlock Holmes tales, this one works really well and was ridiculously enjoyable.

Three out of the four novellas in Martha Wells’ Murderbot Diaries series came out in 2018, and while I still have the last one (Exit Strategy) left to read I have no doubt it will be as well written and as enjoyable as the first three. For those who don’t know, the eponymous Murderbot is a humanoid security bot who has managed to break their programming and just wants to settle down and catch up on their soap operas. Unfortunately, the universe has other plans, and Murderbot repeatedly finds themselves getting dragged into mysteries and conspiracies everywhere they go. This is a fantastic series and is going to be followed up by a full-length novel at some point in the (hopefully) not too distant future.

One thing I have missed out on this year is reading some of the much talked about debuts that have dropped in 2018. At some point soon I really do need to correct this oversight and based on feedback from other readers I’m really looking forward to R.F. Kuang’s The Poppy War, Tomi Adeyemi’s Children of Blood and Bone, Micah Yongo’s Lost Gods and Tasha Suri’s Empire of Sand. I’m also eager to get to grips with Spinning Silver by Naomi Novik, as well as Myke Cole’s The Armored Saint. If the reviews I’ve been seeing are any indication then all six of these books will be cracking good reads.

With 2018 almost in the can, there’s already a slew of books scheduled for release in 2019 that I’m looking forward to, including Fleet of Knives by Gareth. L Powell, The Poison Song by Jen Williams, Bloodchild by Anna Stephens and Atlas Alone by Emma Newman. There’s also a sequel to Adrian Tchaikovsky’s Children of Time on its way (Children of Ruin), as well as the next Tad Williams Osten Ard novel (Empire of Grass) and the third instalment in Aliette de Bodard’s Dominion of the Fallen series (House of Sundered Flames). Finally there are a couple of stand alone novels I’m really looking forward to, including Kameron Hurley’s The Light Brigade and silkpunk novel Descendant of the Crane by Joan He. 2019 is already shaping up to be another strong year for genre fiction and I for one can’t wait to get my teeth into some of the titles due to drop next year.