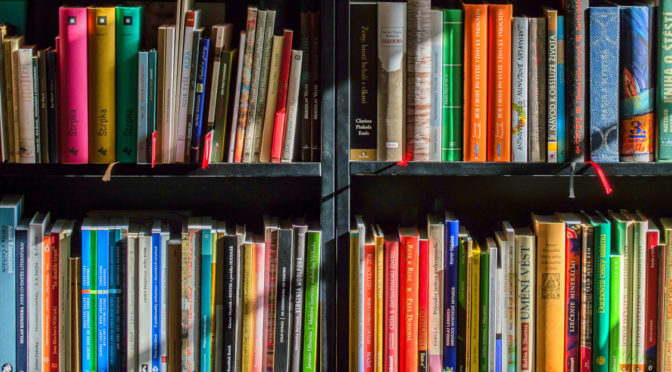 Depending on how you count them there are either ten or thirteen books on the reading list month, though in either case I’d still consider that a good haul.

An old favourite this month is Automated Alice by Jeff Noon, a book he himself describes as a trequel to the Alice books by Lewis Carroll. As with Noon’s previous two books, this one is set in the same reality as his Vurt-verse series, though takes place earlier than the others and as such forms something of a prequel to the series. I enjoyed it the first time I read it, and enjoyed it just as much this time round.

Dragon’s Bride is the fourth and last book in H. L. Burke’s Dragon and Scholar series, and in my opinion is a fantastic conclusion to the series. Burke’s writing and storytelling ability has improved with each book and I’m looking forward to seeing more books from her in the coming months and years.

I picked up The Woman In Black out of curiosity. I’d read some reviews that put it in a good light, and wanted to find out if the hype was justified. Suffice to say I wasn’t disappointed and will be adding more of Susan Hill’s work to my to-be-read list for future perusal. If you like classic ghost stories, then this is one you should take a look at.

Hugh Howey’s Wool trilogy continues apace in the second omnibus, Shift. This one forms a prequel to the first one and gives the reader a detailed background on the silo’s, how they came to exist and why. I enjoyed it, and plan on completing the trilogy next month.

Stephen Fry’s The Liar is another book that I’d read before, and a second reading doesn’t diminish the enjoyment I got out of it. It’s Fry’s first novel, and exhibits much of the intelligent wit and razor-sharp grasp of the English language that fans of his will be familiar with.

Seed To Harvest is a four-book omnibus of Octavia Butler’s Patternist series, and the reason why I can’t decide whether I’ve read ten or thirteen books this month. Overall I’d say it’s a fantastic piece of writing, and would have no qualms about recommending it to any sci-fi fan out there looking to broaden their reading horizons.

Heat Wave is another book I picked up out of curiosity. I’m a big fan of the TV show Castle, and this is the book allegedly written by the show’s fictional crime writer, Richard Castle, though actually it’s written by an unknown ghost-writer in the style of the character. Essentially it’s a piece of marketing genius from the show’s creators, and in a lot of respects it reads just like another episode of the show. The characters in the book could very easily be close proxies for the characters from the show, and it’s this that make Heat Wave worth the reading time in my opinion. If you’re a fan of the show and haven’t already read the books then I’d definitely recommend them.

Finally, there’s The Big Sleep. I first read this back when I was a small child and was greedily devouring anything and everything I could find to read. I remember thinking it was a good read, but beyond that couldn’t remember anything else about it. Now, thirty-odd years later, I can see exactly why I enjoyed it as a kid and also have a better understanding of why I’ve always liked all things noir. Chandler may not have been the first pulp writer, but he was definitely one of the best, and every American crime writer to come after him owes him a tip of the hat at the very least. If you’re a fan of crime fiction and you haven’t already encountered Chandler, do yourself a favour and get reading.

And that’s my write-up for this month. As always, recommendations in the comments are always welcomed, and I will be back next month with another list of books I read and just what I thought of them.