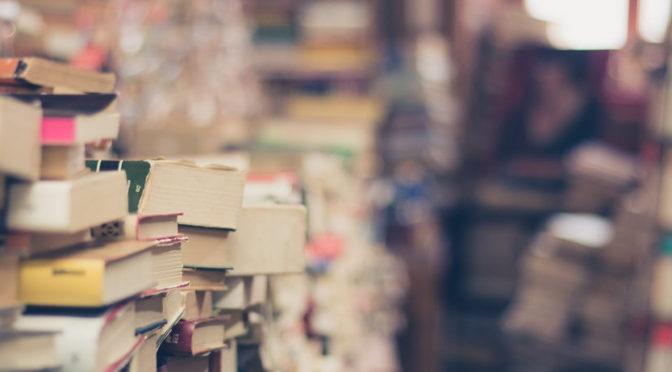 There’s a point in every avid reader’s life that they simply have to face the fact they have a problem. They try to avoid the truth for as long as possible but then one day they reach out to their to-read pile for their next fix of fiction and drama and finally acknowledge just how big the mountain they’ve created for themselves actually is. And it never stops growing.

I like to keep track of my reading habits on Goodreads, and every time I visit that cornucopia of literary treats I’m confronted with my own to-read mountain. It currently sits at just under fourteen hundred books that I’ve shelved as to-read, a shade under one and a half-thousand books I’d like to pour into my brain at some point. Given that I’ve consumed roughly half that number (seven hundred and fifty) since I started tracking my reads back in December 2011 it shouldn’t be too bad, right? Another fifteen years of reading. No big deal. So what if I *only* add books that I personally own to my shelves? It’s still not insurmountable, right? Wrong.

See, based on my recent performance, for every book I finish reading I seem to be adding two or three more to the pile. Owning one of those newfangled ereaders isn’t helping, because digital books don’t take up space like print books do. Even so, probably forty percent of my total bookage is made up of print copies. That’s a lot of paper doubling up as insulation in my room. On top of that, my average reading speed over the last eight years may be just over two books a week but right now I’m lucky if I finish one a week. Sometimes I’ll devour a novella in a day or two, but then I bury myself in a doorstop of a fantasy epic and two weeks later I’m still reading. My rate of word-consumption is definitely lower than it has been.

I recently worked out that based on an average of a book a week it’s going to take me roughly twenty-six years, eight months and three weeks to get through my current, existing to-read pile. Of course, that’s assuming I don’t add to the pile, which is just plain silly if you ask me. I mean, there are quite a few partial series buried under that mountain, so it goes without saying I’ll be adding the rest of those series at some point. Then there are new books coming out every week, and it would be remiss of me *not* to buy new releases by those authors I respect. And finally there’s those confounded bounders at Humble Bundle and similar sites, who seem to take great delight in offering me whole swathes of reading material at easily affordable prices. As Oscar Wilde said, I can resist everything except temptation.

Seriously, what’s a girl to do other than keep adding books to the mountain and hope it doesn’t collapse? Let’s face it, that right there is the only real danger from having too many books on your to-read pile, the risk of an unexpected bookalanche ending your life prematurely. Not having enough time to read them all is just a natural by-product of being an avid reader.