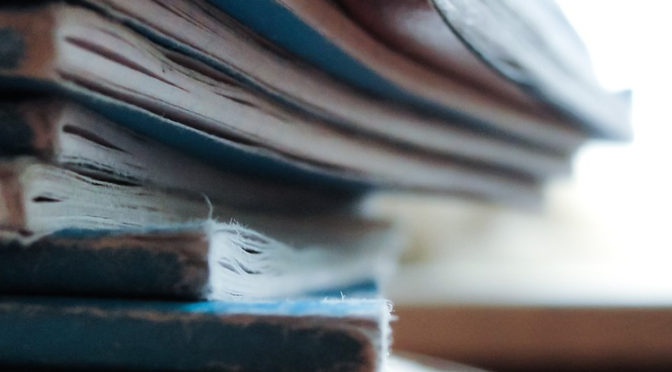 It’s the end of August, so I guess that means it’s time for me to talk about the genre books I’m looking forward to in September. Next month’s quite a busy month for exciting new books, with several already on my pre-order list, plus a few more I’m definitely intrigued by. However, as with last month’s list I’m going to limit this post to the five I’m most looking forward to. So here goes.

I’ve really enjoyed the Godblind trilogy so far, starting with Godblind in 2017 and followed by Darksoul last year. Bloodchild brings the trilogy to a close, and if early reviews are anything to go by it’s going to be heart wrenchingly good. This trilogy, along with Anna Smith Spark’s Empires of Dust, represents some of the best modern fantasy I’ve read, and I fully intend to pour this book into my eyes as soon as I get my grubby mitts on it.

Next year The Handmaid’s Tale will be thirty-five years old, so it’s going to be very interesting indeed to see what’s in store for the citizens of Gilead. It’s definitely true to say that the messages in The Handmaid’s Tale are still as relevant today as they were when the book first hit the shelves back in ’85, and given Atwood’s literary record to date this new chapter is going to be at least as insightful and at least as terrifying as the first book.

I was hooked on this book the moment I saw the first blurb for it, and since then I’ve heard and read nothing but good things about it. Based on the aforementioned blurb it appears to be a swashbuckling sci-fi yarn with a lesbian necromancer and her sword wielding undead bodyguard as the main characters, and it’s a book I didn’t realise how much I needed until I read that précis. Early reviews have been largely positive, so I’ll probably be putting this one to the top of my to-read list as soon as it lands.

This is another one that closes out a trilogy, specifically Charlie N. Holmberg’s Numina trilogy. It’s a little more YA than the Godblind trilogy, and if I’m being honest isn’t something that would normally have popped up on my radar, but book one, Smoke and Summons, was offered as part of Amazon’s First Reads program back in January and I was pleasantly surprised by how much I enjoyed it. The second book, Myths and Mortals came out in April and was just as good as the first, so as soon as I could I pre-ordered book three. Once I’ve finished this trilogy I’m tempted to take a look at Holmberg’s Paper Magician series, which I’ve heard good things about.

This is Aliette de Bodard’s first collection, and I think this is the book I’m most looking forward to in September. I’ve only read a few of her works but what I have read has been consistently well written and I’m hoping that quality carries on throughout the collection. I’m especially looking forward to reading more of her Xuya Universe stories, having loved The Tea Master and the Detective last year. And just look at that gorgeous cover. How could I not buy it?

So they’re the five I’m most looking forward to. On top of those September also sees the release of a couple of books I’ve been fortunate enough to read advanced copies of, and which I can definitely recommend.

The Bone Ships by R J Barker is a maritime fantasy about ships made of dragon bones and features some gorgeous world-building. It’s due out on 24 September, with my review going live on here on 12 September.

Then there’s Rena Barron’s Kingdom of Souls, a West African inspired fantasy featuring on a strong female protagonist and a refreshingly different feel to most modern fantasy. The ebook edition comes out on 3 September, with the print edition hitting the shelves on 19 September, and you can read my review right here.

Finally there’s Joe Abercrombie’s A Little Hatred, the first in a new series set in the same world as his popular First Law trilogy. I’m currently working my way through this one, and so far it’s proving to be a very good read indeed. The book comes out on 17 September, and all being well I’ll have my review ready to post a week or so ahead of that.

As I said at the start of this post, there are a lot of good books due out next month, and these plus my NetGalley review list should keep me going nicely.