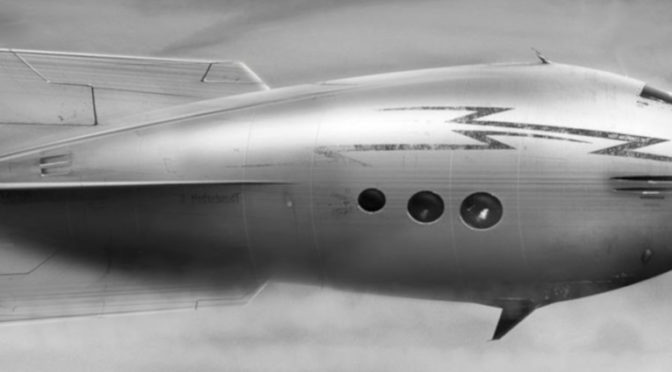 Welcome to the Hugo Retrospectives. This is going to be a series of monthly reviews and discussions focusing on the winners of the Hugo Award for Best Novel starting with the first recipient way back in 1953 and following on with each winner in turn up to the present day. The plan is to gradually build up a modern look at past winners with a view to identifying what made them award-worthy in the first place, and how they’d fare against today’s genre releases.

But what exactly are the Hugo Awards?

Assuming you’re a sci-fi fan, and assuming you haven’t been hiding under a rock for the last sixty years or so, there’s a good chance that at some point during your life you’ve heard about the Hugo Awards. They happen every year, and for many in the sci-fi community they represent the highest accolade available to the writers and producers of the science fiction we consume.

Named after Hugo Gernsback (not Victor Hugo as someone once tried to tell me), the official name of the award was originally The Science Fiction Achievement Awards, with Hugo being nothing more than an unofficial nickname. The nickname was made official, though still only a nickname, in 1958, and then adopted as the official primary name of the awards in 1992.

As mentioned above, the awards first started in 1953, right in the heart of what is often considered the golden age of science fiction. Introduced at the 11th World Science Fiction Convention (WorldCon), also known as PhilCon II, the Hugos nearly didn’t make it past their inaugural year. In 1954, the WorldCon committee at San Francisco chose not to give out the awards but luckily for fandom they returned for Clevention in 1955 and since then there’s been a Hugo Awards ceremony at every WorldCon since. Indeed, there’s a sense these days that the primary role of WorldCon is to host the Hugo Awards, even though the convention had been going for over a decade before the first awards were given.

The design of the physical award has stayed reasonably consistent over the years: a shiny retro rocket ship mounted on a (usually wooden, often artisanal) base with an engraved plaque identifying the WorldCon, category and winner of the award. Occasionally there have been notable variations, such as the use of Oldsmobile hood ornaments in 1956, the translucent trophies of 1967, or even the infamous ‘invisible’ Hugos of 1973, but generally speaking a Hugo is readily identifiable to anyone familiar with the award.

The awards themselves are given out for various categories each year, with the exact number of categories subject to variation depending on the choices of the organising committee for that year’s WorldCon. For the purposes of this column I’m just going to focus on the Best Novel award, which has been presented every year except 1954 (as explained above) and 1957, when for some inexplicable reason the organisers of LonCon (London) decided to limit themselves to just three awards, none of which were for fiction.

The winner each year is voted for by the members of WorldCon, which has led to a number of discussions concerning the fairness of the awards. Some have argued that putting voting rights behind a paywall locks out anyone who can’t afford to buy even a supporting membership ($75 NZ / £40 / $50 US for WorldCon 2020), limiting the voting pool to a select and privileged minority. Then again, others have taken it in the opposite direction and suggested that allowing supporting members an equal vote makes bloc voting a simple exercise for someone with a bit of financial clout, as apparently evidenced in 1987 with the Scientology/Black Genesis incident. As a result there have been numerous changes to the voting process and vote-counting mechanisms over the years, most of which seem to have concluded that there’s no one system that’s going to please everyone involved.

Despite the ongoing evolution of the awards and the seemingly regular outbursts of controversy that come with them, they’re still seen as something of a high point in the sci-fi calendar, and while winning the award doesn’t seem to make a huge difference to a book’s sales figures, there are still those in the community who see it as more than just a shiny retro rocket on an artisanal base.

Because I’m mainly going to be looking at past winners through a modern lens for the purposes of this column, I’m probably not going to cover the Retro Hugo years. Without them there are currently sixty-eight novels that have won the Best Novel award, and that’s a lot of reading to fit in around my other reviews. That said, I may change my mind once I get to the end of the list, so who knows?

Anyway, that’s the plan. I’ll admit I’m actually looking forward to reading (or in some cases rereading) a lot of these books, and hopefully along the way I can learn a little about the evolution of sci-fi over the last sixty-seven years and maybe even pass on some of that knowledge to my readers. Join me later in the month when I start my Hugo journey with The Demolished Man by Alfred Bester.