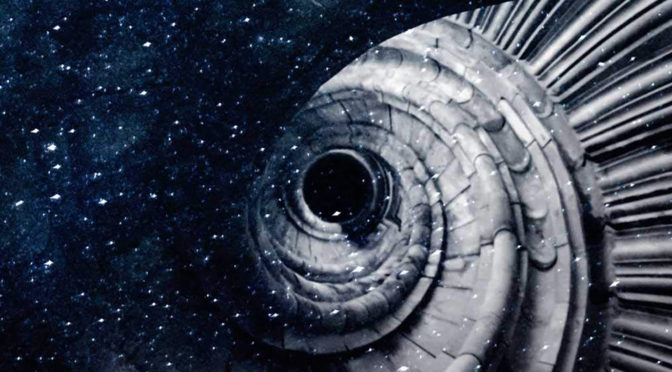 Ancestral Night by Elizabeth Bear
My rating: 5 of 5 stars

Warning: there may be spoilers in this review.

I really enjoyed this one. It’s a modern space opera with a lot of big ideas, all filtered down through the eyes of the central protagonist, Haimey Dz. Haimey is the engineer on a salvage vessel, along with her crewmates Connla (the pilot), Singer (the shipmind), and Mephistopheles and Bushyasta (the ship’s cats), and together they bounce around the galaxy in search of hard-to-salvage wrecks. Oh, and there are space pirates and giant space seahorses. At least, I imagine them as giant space seahorses.

The story begins with the crew going after a ship that’s been trapped in a scar in space-time. Hainey takes a spacewalk across to the derelict where she triggers a booby trap and finds herself getting infected with a parasite that seems to gift her with some unusual sensory abilities. Before the crew can lay claim to the wreck, however, a pirate ship turns up and starts shooting and the salvagers have to hightail it back to civilisation empty-handed. There then follows a run-in with an overly officious station administrator, an ambiguous encounter with the local spacecop (who just happens to be a giant space mantis), and even more pirates. And that’s just the start of the fun and games for Hainey and her companions.

At its core, this is a classic adventure story, with a hunt for treasure leading to an ancient artefact trapped inside the event horizon of the Milky Way’s supermassive black hole, which in turn leads them on to a mysterious megastructure drifting in the space between galaxies. There are chases and battles and intrigue aplenty, but there’s also so much more to this story than simple adventure. There’s those big ideas I mentioned at the start of this review.

Layered in with the action there’s a massive exploration of Hainey’s past. She was raised in a clade, an homogenous society where everyone’s personality is carefully controlled to maximise happiness and right-thinking. As per the laws of the dominant society, the Synarche, she was allowed to leave the clade for a year and during that time got into some trouble with a girlfriend, leading to her memories of that time being suppressed/rewritten but leaving her with massive amounts of guilt about what happened. However, as the story unfolds and Haimey finds herself trapped alone with sexy space pirate Zanya Farweather for a sizeable chunk of the narrative, we learn that what Haimey knows of her past may not be as clear-cut as she’d like to believe.

This is where this book really stands out. The exploration of the characters, especially Haimey herself, is amazingly well written, and the author really does an excellent job of showing Haimey’s growth as she tries to come to terms with the truth of her past. We also get some nicely written commentary on the social mores of the Synarche and the Freeporters (the pirates) and their opposing views on the use of neural tech to self-regulate emotions. There are some pretty deep discussions going on in the text and subtext of this novel. For me, that makes this book an excellent addition to the current crop of space opera tales.

If you’re a fan of Banks’ Culture novels, or Reynolds’ Revelation Space series then you’ll find plenty in this book to keep you happy. It’s definitely a five-star book and I’ll be surprised if it doesn’t pick up a nomination or two in next year’s award season. The only niggle I have is now I have to wait for the next one.