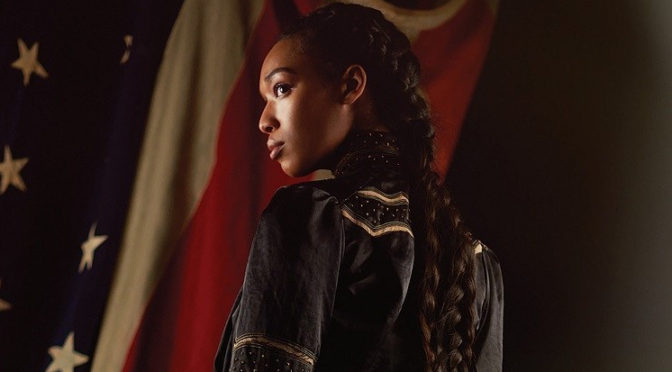 Dread Nation by Justina Ireland
My rating: 4 of 5 stars

When the dead start to rise at the battle of Gettysburg, the American Civil War comes to a sudden end with both sides agreeing to join forces against this new shambling threat. Some years later, Jane McKeene is a student at Miss Preston’s School of Combat, a place where young women of colour are trained to fight the dead and protect the white folks from being turned into zombies. As you can probably imagine from that very brief introduction, this book really doesn’t hold back on showing the true face of racial inequality in the not-so United States of the nineteenth century.

I really enjoyed this book and fell in love with Jane’s voice right from word one. It starts with the protagonist telling us how the midwife tried to murder her on her first day of life and from there the narrative just keeps ramping up the pace. We’re quickly introduced to the other main characters and given a brief but informative history of the years since Gettysburg alongside some well-paced action sequences, before gradually being drawn into a mystery surrounding the sudden and unexplainable disappearance of a local farming family. Suffice to say it isn’t long before Jane, her co-student Katherine (don’t call her Kate), and one-time beau, Red Jack, find themselves stumbling headfirst into a mite more trouble than they expected.

While it is possible to read this book as nothing more than a popcorn-fuelled historical fantasy zombiefest, I really do believe doing so would be an injustice. Justina Ireland paints a vivid, almost shockingly sober account of what life was like for people of colour, and especially women of colour, during the post-bellum years in the States. Take away the zombies and the combat training, and Jane could just as easily be any young woman of colour from that period, and her experiences wouldn’t have been all that different. I couldn’t help but draw comparisons between this and Octavia E. Butler’s
Kindred
, and while the approach taken by each book may be very different the end result is still a harsh indictment of the way most white people treated anyone who wasn’t white.

This is a book that will, if you let it, make you think quite deeply about what’s going on in the background. It’s superbly written, and the character of Jane is one who will stay with you long after you’ve turned the final page. I’m giving it a solid four stars and waiting eagerly for the next book in the series.