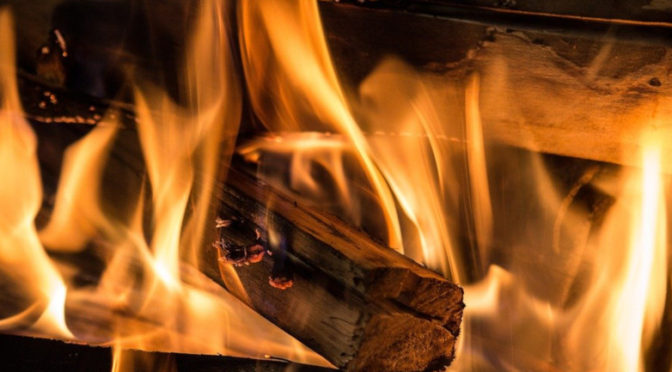 Firewatching by Russ Thomas
My rating: 4 of 5 stars

DISCLAIMER: I received an advanced reading copy of this book from the publishers in return for an unbiased review. My thanks to Simon & Schuster UK and NetGalley for giving me this opportunity.

A body is found bricked up in the cellar of a derelict house and the evidence seems to link the macabre find to a missing persons case from years before. For DS Adam Tyler this initially appears to be a chance to claw back some respect from his colleagues in the South Yorkshire Police and rebuild his stagnating career. When he finds out he’s more intimately connected to the case than he could have known he’s forced to make a choice – declare his conflict of interest to his superiors or stick with the case to the end. But there’s someone watching from the shadows, a sinister observer with an even more intimate link to the murder and a disturbing obsession with fire.

This is a fantastic debut from author Russ Thomas, with a structure that will be more than a little familiar to any seasoned crime reader. This familiarity lets the reader settle into the story quite quickly, and it’s in the details where we find the real surprises the author has in store for us.

The main protagonist and central point-of-view character, DS Tyler, is an excellent study in character building. He has several oh-so-typical traits for the genre, such as an apparent inability to make friends, a flagrant disregard for those above him, and a chequered past in which he assaulted a superior officer, but this is coupled with his being identified as openly gay more-or-less from the start of the narrative, something you don’t get to see much of in crime fiction.

Alongside Tyler, we also have DI Jim Doggett, a no-nonsense, seemingly stereotypical bigoted cop from the old-school, and Constable Amina Rabbani, a uniformed cop trying hard to get into CID despite the hurdles in front of her.

There’s also a second point-of-view character in the shape of Lily, an elderly woman with more links to the dead body than it first appears. For the most part Lily’s story is there to show the reader the background of the various characters involved in the story, though by the end of the novel it’s clear that her connection to the whole torrid affair is much more tragic than you’re initially led to believe.

The thing that makes this a great first novel is the fact that it doesn’t try to be anything more than it is, a relatively straightforward whodunnit. Consequently, the twists and turns that do crop up in the narrative are all the more surprising because in hindsight they’re so blatantly obvious. Because we’re seeing most of the story through Tyler’s eyes, we’re also led along by his hopes, assumptions and fears, which in turn distracts the reader from the fairly obvious clues. Added to this is Lily’s confusion over the events of the past, apparently a result of her being an Alzheimer’s patient, though through the occasional lucid flash of memory the reader is given a little more of the story to work with.

If you’re a fan of modern police thrillers and like to be kept on your toes until the last few pages of the story then this is definitely one to wrap your eyes around. I know I for one will be looking out for more from Russ Thomas, and I sincerely hope this isn’t the last we’ve seen of DS Adam Tyler.