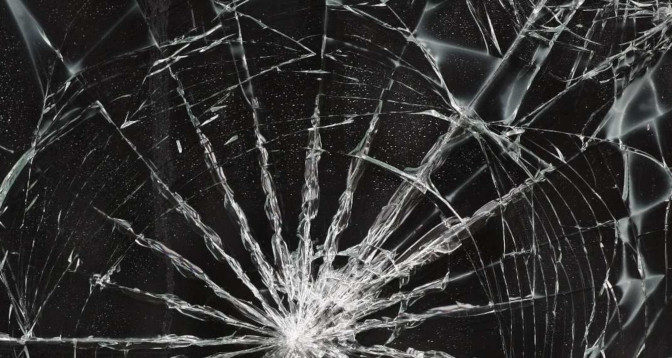 Ghoster by Jason Arnopp
My rating: 4 of 5 stars

DISCLAIMER: I received an advanced reader copy from the publisher and NetGalley in return for an honest and unbiased review. Thank you to Orbit Books for giving me the opportunity to read and review this book.

I have to admit this book ended up being very different to what I initially expected from the blurb. When I first found it on NetGalley I was imagining perhaps a psychological horror/thriller, with a creepy stalker protagonist à la Ira Levin’s Sliver. Well, that’s not how this one turned out.

Kate Collins is a paramedic and a recovering social media junkie who moves from Leeds to Brighton to start living with her possibly-too-good-to-be-true boyfriend, Scott. But when Scott stops returning her calls a day or two before she’s due to move in with him she starts to wonder if he’s changed his mind, and then when she gets to his flat to find it stripped bare of all his possessions other than a damaged smart phone she begins to convince herself this was his plan all along. Then she hacks his phone, and unlocks a door in to Scott’s disturbingly creepy past.

To say this book goes through a fair number of twists and turns is a bit of an understatement. As already mentioned, it initially does seem to be heading down a fairly typical psycho-thriller path but then about a third of the way through suddenly shifts gear, dropping some massive hints that maybe there’s a more supernatural hand in Scott’s mysterious disappearance. Add in a suggestion of an evil twin plotline, a very rough outline of something vaguely Lovecraftian and a smattering of additional disappearances to worry about and it’s fair to say this book will have you guessing right up until the last few chapters.

I think part of what makes this work so well is the absolute lack of reliability Kate has a narrator. Her social media addiction quickly becomes a problem, and her fixation on the idea that Scott has somehow been playing her throughout their burgeoning relationship puts a massive question mark over everything she does or says throughout the narrative. And yet despite her flaws, despite her obvious inability to take responsibility for herself, she still somehow comes across as a sympathetic character, someone you still want to root for regardless.

Overall this was a surprisingly fun book to read, and it’s definitely whet my appetite for more of Arnopp’s work. The twists and turns of the narrative actually made it more interesting than if it had ended up being another oh-so-predictable psycho-thriller stalker story. If you like weird and wonderful urban horror then you could do worse than grab yourself a copy of this book.