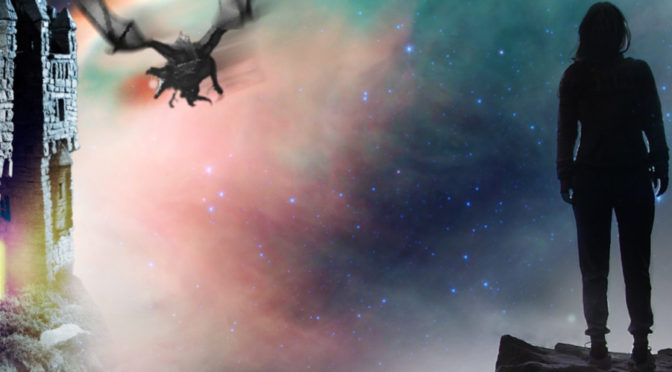 Renaria: Into the Adyton by J.L. Wilson

Renaria: Into The Adyton is the first book by indie author J. L. Wilson, and tells the tale of Leda, Alex, Travis and Menaia, four young gamers who find themselves pulled into the fantasy world of Renaria in order to combat a dark power that threatens to engulf not just Renaria, but the entire universe.

I have to admit, this book left me with some pretty mixed feelings.

On the one hand, the story that it tells is good, and the characters felt real enough that I could relate to each of them in some small way. The fantasy world of Renaria is nicely described, and is filled with an interesting mix of elements both familiar and new. What’s more, the writing itself shows a lot of promise, technical ability and maturity, something which is often lacking in the debut works of indie authors. So far, so good.

On the other hand, I found it slightly lacking in some ways. The main characters don’t seem to really face that many genuine threats within the story, with only two really standing out for me; one quite early on as they’re trying to find their way into Renaria, and then the big battle with the bad guys at the end. This means that for most of the narrative you’re just following them around as they’re taught their arts and learn more about the inhabitants of the world around them.

There were also a few instances where the sentence structure seemed to fall apart a little, breaking the suspension of disbelief slightly and drawing me out of the story. This is unfortunate, for as I’ve already said it’s pretty clear that the author isn’t lacking in ability.

I really wanted to love this book, I really did. The premise sounded great (albeit a little clichéd, perhaps), the set-up ticked all the boxes for what promised to be a rip-roaring adventure, but in the end it simply didn’t grab me as hard as I wanted it to. That isn’t to say it’s a bad book, and indeed it does have a lot going for it; if world-swapping fantasy mixed with MMORPG elements is your thing then I’d definitely recommend giving it a read. Furthermore I’d say that this is an author with a lot of potential and I certainly encourage her to continue writing and publishing. I’ll definitely be keeping an eye out for the next book to see how the story continues.