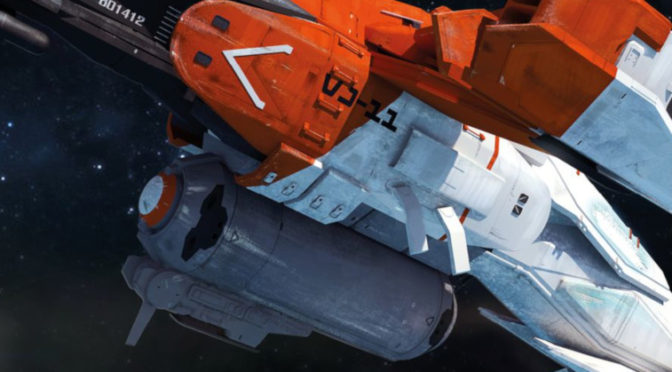 Sixteenth Watch by Myke Cole
My rating: 4 of 5 stars

DISCLAIMER: I received an advanced reading copy of this book from the publisher in return for an honest and unbiased review. My thanks to Angry Robot Books and NetGalley for giving me this opportunity.

Following a tragic encounter between American and Chinese forces that results in the death of her husband, Coast Guard Captain Jane Oliver is readying herself for a quiet retirement when the Commandant of the Guard offers her a role she’s not prepared for, leading and training the Coast Guard’s elite SAR-1 unit in preparation for the annual Boarding Action inter-service wargames. But this is a game where the outcome could very well end up starting the first ever lunar war, a war that won’t stay confined to the moon’s surface.

The core premise of this book is that the US and Chinese military are playing a massive game of Cold War chicken on the moon, with the massively lucrative Helium-3 mining rights the prize for the side that wins. On the US side of things the main players are the Navy and Marine Corps, who seem to be going out of their way to up the heat and start a shooting war with the Chinese, which is where our protagonist, Captain Oliver, comes in. It’s essentially her job to show that the Coast Guard are the best branch of the military to perform border security and law enforcement, even on the high frontier of the moon.

Myke Cole is a Coast Guard veteran so it was only a matter of time before he turned his hand to writing about this oft-forgotten branch of the United States Armed Forces, and it has to be said he’s done a great job with this book. This is high grade military sci-fi that definitely draws heavily on the author’s own experience, dropping the reader into the world of the Guard from the start with a veritable sea of acronyms and military jargon that will have you flipping to the glossary every couple of pages. However, once you’re familiar with terms like CBDR and DIW you soon lose yourself in what is, essentially, a fantastically fun space adventure yarn.

The narrative itself is punchy and well-written, masterfully leading the reader through the story. The central characters, especially those from the Coast Guard, are well-rounded and distinct, though some of the Marines do come across as a bit two-dimensional at times. There’s also a lot of hand-wringing and self-pity floating around Oliver at times, but this is handled sympathetically and rings true to the character given the events that lead to her losing her husband at the start of the novel. Suffice to say that by the end of the book she comes to terms with the events of the past and steps up in good fashion.

This isn’t a book that’s going to shock you with hidden plot twists or out-of-the-blue developments, but it is a book that’s going to take you on one hell of a ride if you let it. If you’re a fan of military sci-fi or simply enjoy a tale with a hint of good old “boy’s own” charm then this is definitely one to look out for. I just hope there are more adventures for Captain Oliver and her crew in the future.