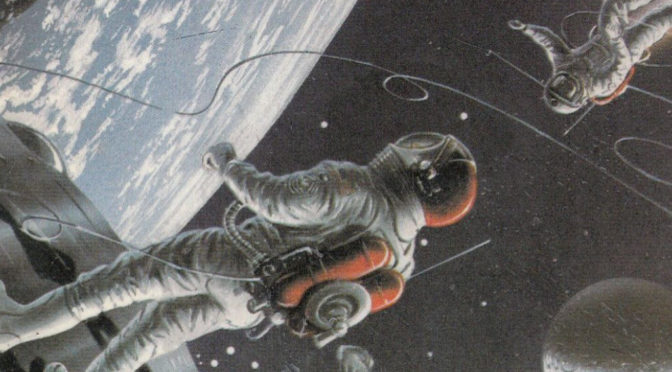 Space Cadet by Robert A. Heinlein

This was Heinlein’s third published novel and the second of his ‘juvenile’ books, and as far as I can remember it was the first book by Heinlein I ever read. Perhaps for that reason more than any other it is still one of my favourite Golden Age sci-fi novels.

First published in 1948, Space Cadet follows the adventures of Matt Dodson as he works his way through the training necessary to become a member of the prestigious Space Patrol. Along the way Heinlein explores a number of themes, including racism (the Patrol is made up of members from pretty much every nation and ethnicity imaginable) and national pride (cadets are expected to abandon their loyalty to their homelands and instead focus on loyalty to humanity), as well as providing a surprisingly accurate depiction of space travel over a decade before Yuri Gagarin made his first orbit of the Earth.

Despite the book’s age it still manages to present us with a good story, and along the way shows off Heinlein’s ability to educate as well as entertain; much of the science and technology presented in Space Cadet was cutting edge back in the late forties. There’s even a throwaway line regarding the protagonist’s mobile phone, a device we take for granted nowadays but which would have seemed almost miraculous to contemporary readers.

I really do think this is one of Heinlein’s better books, and would heartily recommend it to anyone wanting to get a feel for what he was capable of, especially in the early years of his career. It presents us with an optimistic and somewhat rose-tinted view of the future, but doesn’t suffer any because of that.