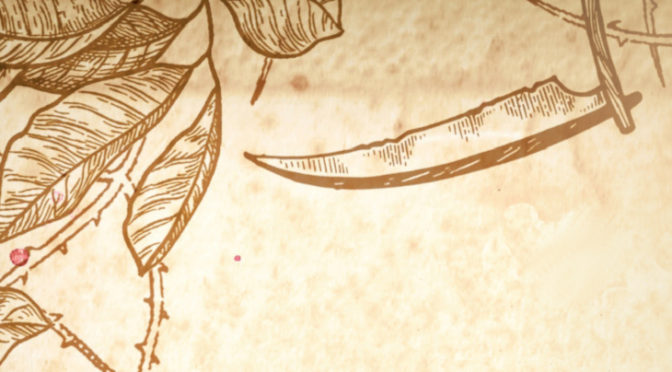 The Almanack by Martine Bailey
My rating: 4 of 5 stars

DISCLAIMER: I received an advanced reader copy of this title from the publishers and NetGalley in return for an honest and unbiased review. Many thanks to Black Thorn Books for giving me the chance to read and review this book.

In the year 1752 Tabitha Hart earns a living at the pleasure of whichever London gentlemen have the coin to pay for her time, but when her ailing mother calls her home to the village of Netherlea she has no choice but to reluctantly do as she is bid. Unfortunately, by the time she returns home it is too late. Despite the assurances of the village constable and the local doctor, Tabitha finds evidence in her mother’s almanack that suggests a darker truth to her death, and a mystery that threatens more darkness to come.

This was a surprisingly engrossing read, with plenty of twists and intrigue to keep any fan of historical mysteries reading. What starts off as a simple tale soon grows into a tangled narrative of murder and conspiracy, with pretty much every major character being implicated in one way or another throughout. Each chapter is preceded by a riddle such as might be found in the pages of an almanack of the time, adding to the reader’s immersion into the story that unfolds as protagonists Tabitha and Nat uncover more and more of the mystery around them. It’s a nice little touch in a wonderfully paced and written book.

While the writing is superb, the thing that stands out the most for me is the attention to detail shown by the author. Not only does Netherlea feel like a real, working village of the time, the characters themselves are rounded and three-dimensional, and this is true of even the most minor of characters. On top of this she also gives us a taste of the confusion caused by the adoption of the Gregorian calendar in Britain, and the disruption the loss of eleven days of September caused to everyday village life. It’s only a small detail, but it’s enough to give the novel a sense of reality, a more grounded feel than if it had been set in any other year.

All in all this is a superb read that keeps you on your toes with all the twists and turns it throws at you. While I’ll admit it took me a few chapters to get into the story, once it got its hooks into me I couldn’t stop reading and the final few chapters fairly raced to a breathtaking conclusion. I’d definitely recommend this to anyone who likes to sink their teeth into a juicy mystery, especially if they like their mysteries to be wrapped in historical trappings with an authentic feel. Definitely worth a solid four out of five stars.