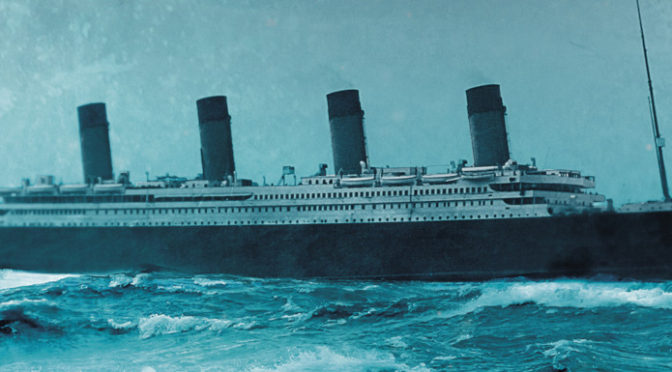 The Deep by Alma Katsu
My rating: 4 of 5 stars

DISCLAIMER: I received an advanced reading copy of this book from the publishers in return for an honest and unbiased review. My thanks to Random House UK and NetGalley for giving me this opportunity.

Everyone knows what happened to the RMS Titanic. At least, they think they do. This hauntingly delightful novel offers an alternative glimpse at the fateful maiden voyage of the ship that was said to be unsinkable, and focuses on the lives of a handful of passengers and crew as they are drawn inexorably towards the terrible fate that awaits them. Meanwhile, a parallel narrative follows two of the Titanic’s survivors on board the HMHS Britannic on her final voyage.

This is, without a shadow of a doubt, one of the most haunting horror stories I’ve read in a hell of a long time, though it has to be said the horror is not of the usual jump-scare, something-in-the-shadows variety. No, all the horror in this book is of the subtle, maybe-it’s-all-in-your-mind variety, and I think it’s a much better story for that.

The bulk of the narrative centres around Annie Hebbley, a first-class stewardess on the Titanic and later a nurse on board the Britannic, though this is interspersed with chapters showing us the action from the point of view of other characters. As the twin narratives of the two vessels unfolds we’re shown progressively darker and deeper mysteries surrounding the various characters, including a few recognisable historical characters, such as Benjamin Guggenheim, Madeleine Astor, and W. T. Stead.

It’s this gradual build-up of information that makes this such a successful and gripping read. As the bigger picture is slowly unveiled we begin to understand that almost every single named character has something to hide, a dark secret in their past that haunts them. But there’s also a suggestion that something more sinister is haunting the Titanic, though whether this is something genuinely paranormal or simply a by-product of narcotic abuse, psychological trauma, or an overactive imagination remains a true mystery until the last handful of pages.

Putting the fictitious elements of the story aside, the author has clearly done a hell of a lot of research in writing this novel. The ships themselves are exquisitely described, and the disparity between the opulence of the Titanic on her maiden voyage versus the austerity of the Britannic serving as a hospital ship is beautifully written, adding a touch of dissonance between the separate story arcs. In fact, the writing overall is excellent, easily capturing the tone of the early Twentieth Century while remaining highly readable.

All-in-all this is a page-turner in the truest sense. It’s definitely worth reading if you’re a fan of subtly written horror, more so if you like something with a historical foundation beneath it. I have no problem giving this novel a solid four out of five stars, and I’m now curious to read more of this author’s works.