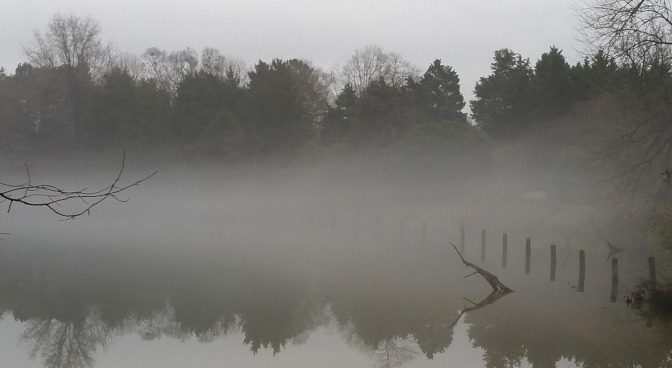 This is the second of Juliet McKenna’s Daniel Mackmain books, following on from last year’s The Green Man’s Heir, and I have to say it’s at least as good as the first one, if not marginally better. If you’ve read the first book then I’m pretty confident you’re going to love this one, and if you haven’t read the first one then you need to remedy that straight away. Seriously, go read it.

For those who aren’t up to speed, our main protagonist, Daniel Mackmain, is the son of a dryad and a human, giving him a limited range of powers as a result of his greenwood blood. Mostly these powers seem to consist of being able to see the inhabitants of the ethereal world, such as dryads, naiads, black shucks and assorted other beasties most people wouldn’t believe in. Guiding Dan through the supernatural world is the Green man of the book’s title, though sometimes the Green Man’s guidance seems to cause Dan more trouble than he’d like.

In the first book Dan found himself dealing with an ancient evil thought long dead, an evil he barely managed to vanquish even with some supernatural help. In this book he gets drawn into another ancient evil, this time involving a haunted country house and a malicious water spirit that feeds off pain and torment. He also has to contend with a creepy magician and a bunch of brainwashed teenagers.

As with The Green Man’s Heir, the information Dan needs to overcome the bad guy is gradually revealed, though this time there’s less exposition and more action. Having established the basic rules of her supernatural world in book one, McKenna is free to give the reader a much beefier narrative in book two, and as a result the pace fairly clips along once Dan and his allies know what they’re up against. There are still a few twists and turns along the way, and the ending definitely feels cleaner and more complete than the first one, but it still left me wanting more. If the author has any more books planned in this series I’m certainly going to be adding to my pre-order list as they become available.