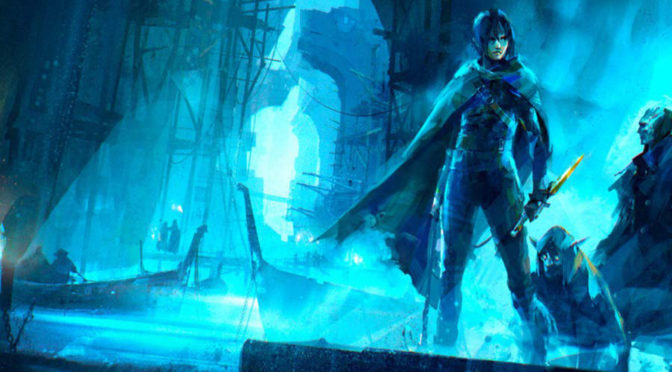 The Gutter Prayer by Gareth Ryder-Hanrahan
My rating: 4 of 5 stars

This is an interesting novel, and I think it’s fair to say it’s certainly not your typical fantasy fare. It’s dark, gritty and surprisingly disturbing but for all that I still thoroughly enjoyed reading it, though I’m guessing it might not be to everyone’s taste.

The main narrative centres around a trio of thieves who find themselves thrown head first into a war between the political and theological leaders of the city of Guerdon. As the story unfolds, we’re given a very definite sense that each of the three protagonists has their own part to play in the struggle going on around them, regardless of whether they want to be involved or not.

The world of The Gutter Prayer is presented so wonderfully by the author. It’s a frighteningly bleak setting, where ghouls rub shoulders with humans and sorcerers composed of sentient worm colonies consume the souls of the dead to power their spells. The alchemist’s guild holds the city in an iron grip, sending the implacable tallowmen (golems made out of the rendered bodies of condemned criminals) out to maintain law and order where the city watch has failed. This is an ugly world, but it’s so beautifully written that you can’t turn your eyes away from it.

This ugliness and bleakness carries though into the narrative. There’s a strong feeling that the protagonists don’t stand a chance, that no matter what they do they’re still going to fall at the final hurdle. Yet despite this, you want them to win, you want them to prevail against the odds so you keep on reading. This is grimdark edged in just the slightest hint of hope, no matter how futile, and you know there are going to be fatalities aplenty before the story’s done.

I definitely think this one deserves a strong four stars, and I’m eager to pick up the story when book two comes out later this year. As I say, it may not be everybody’s cup of tea but if you like your fantasy worlds uniquely different and your narratives to be dark and gritty then I’d strongly recommend you give it a try.