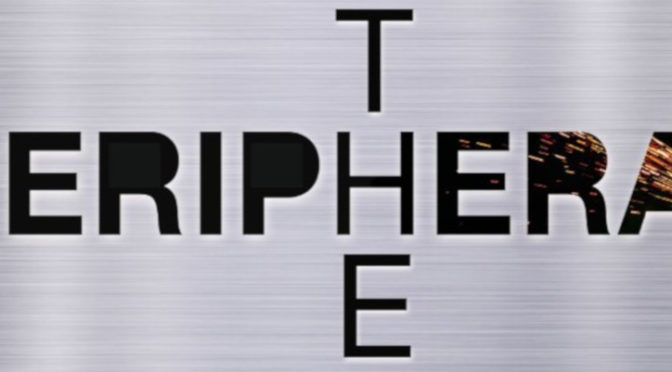 The Peripheral by William Gibson
My rating: 4 of 5 stars

I’ve not read any William Gibson for a while now, not since Pattern Recognition first hit the shelves back in 2003, but I remember being massively impressed with everything of his I’d read up until that point. As a result, I had high expectations for The Peripheral and I have to say I wasn’t disappointed.

The novel opens in near-future rural America, where protagonist Flynne Fisher agrees to take over her brother’s job one night, working as security in a new video game. When she witnesses a particularly gruesome murder on the second night she begins to question whether it’s just a game or something more.

Meanwhile, in a post-apocalyptic 22nd Century, publicist Wilf Netherton loses his job after a disastrous assignment and finds himself getting drawn into the mystery surrounding the disappearance of a socialite he has links to.

Connecting these two seemingly disparate stories is the continua, a never-explained link between Wilf’s ‘present’ and various points in the ‘past’. Through the use of a mysterious server that’s believed to exist somewhere in China, the denizens of the 22nd Century are able to reach back in to the past, but in doing so they create stubs, new timelines separate and distinct from their own which continue forward at the same rate of temporal progress.

It’s an unusual approach to the time-travel trope, and raises a lot of questions about how much of the story is real or imagined within the context of the narrative. The fact that the alleged Chinese server McGuffin that allows contact with the stubs is deliberately kept vague and mysterious even to the denizens of Wilf’s timeline suggests that there’s a lot more going on under the hood of this novel than you realise, and while that could be true of pretty much any novel by Gibson, here the layers of obfuscation feel positively abyssal in depth.

As ever, Gibson’s writing here is superlative. The way he weaves the two distinct narratives together is damn near perfect, though he does leave a lot of threads hanging throughout the book. Even by the end of the story, when everything’s been brought together in an adrenaline inducing climax and it’s been revealed who has in fact done it, there are still a lot of questions left unanswered. That this is the first in a new series is in no doubt, but where his earlier works were more-or-less independent of each other, you can’t help but get the impression this new trilogy is going to prove to be very interconnected by the turn of the last page of the final book.

All in all it’s fair to say Gibson hasn’t lost any of his talent for telling stories. This is cyberpunk for the post-cyberpunk world, and definitely worth a read if you’re a fan of the genre.