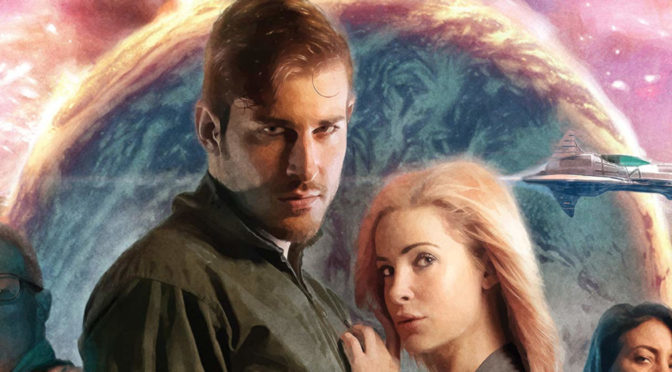 The Pursuit of the Pankera by Robert A. Heinlein
My rating: 4 of 5 stars

DISCLAIMER: I received an advanced reading copy of this book from the publishers in return for an honest review. My thanks to Caezik SF & Fantasy for giving me this opportunity.

Robert A. Heinlein, often referred to as ‘the dean of science fiction writers’, died in 1988, so to get a new, previously unpublished novel from one of the pillars of the Golden Age of Sci-Fi is something of an event in its own right. Add to this a lifelong love of Heinlein’s work and as you can probably imagine I was incredibly excited to be able to get my hands on this companion novel to The Number of the Beast (1980). But was it worth it?

I’m not going to lie, I was a little underwhelmed by this one. According to the publisher’s notes at the start of the book Pankera was written alongside The Number of the Beast, except Beast got published and Pankera didn’t, and nobody knows why. As a result, this fragmentary (but complete) unpublished Heinlein novel was all but forgotten about, until now. The notes then go on to explain how it’s taken three years of painstaking work to reassemble the manuscript, and aside from the usual editorial processes no additional work was required, and no third party was asked to provide filler material to finish the novel.

The narrative starts off pretty much identical to The Number of the Beast, right up until the point where the protagonists, Gay Deceiver included, make their first jump into a parallel universe, at which point the narrative diverges quite considerably. This basically means the first third (29% according to my eARC) is the same story as we get in Beast, but then things start to change. In the original version (Beast) the protagonists attempt to visit Barsoom but instead find themselves on a Mars that’s been colonised by the British and Russian Empires. In this new version, however, the Mars they visit is indeed the Barsoom of Edgar Rice Burroughs, and a large chunk of what remains of the novel sees our heroes and heroines getting into various adventures on Barsoom involving the alien antagonists of both novels.

Now here’s the thing. The Number of the Beast is in part Heinlein’s love letter to all the writers that influenced him, the authors he looked up to and wanted to emulate with his own writing. There’s also a remarkable write-up of Beast by David Potter that postulates that in it Heinlein is giving us countless examples of how not to write a story which I find particularly compelling given the quality of writing normally exhibited by the dean. But with The Pursuit of the Pankera we have something that is, by Heinlein’s standards, sub par at best. It has all the hallmarks of a Heinlein piece, and definitely pays homage to the works of Burroughs and E. E. “Doc” Smith in particular, but the new bits read more like fannish mimicry rather than crafted emulation. It feels like a first draft, where The Number of the Beast was the final draft that Heinlein submitted to his publisher, with Pankera getting pushed to the back of the slush drawer. And for me that seems like a perfectly good reason for it not to have been published alongside Beast.

Okay, so if it’s not so good, why have I given it a four-star rating? Well, if Beast is an instruction manual on how to not write a good story, this one is, as far as I’m concerned, an invaluable insight into the writing process of one of the greats of science fiction. It’s the abandoned ideas that didn’t make it into the final manuscript. It’s the early draft that he set aside and rewrote in favour of the masterpiece he eventually settled on. I can’t say with any certainty whether Heinlein intended the world to see this version of the novel or not, but now that it’s out in the open it gives us more of an idea of how he developed his ideas, and it also shows us just how much he respected and admired his antecedents in the sci-fi pantheon. That alone makes this book worthy of four stars.

It’s not as good as The Number of the Beast, not by a long shot, but it is important, and for me this book provides an invaluable snapshot of who Heinlein was in his later years. If you’re a Heinlein fan then this is definitely a book you’ll want to read. If, however, you’re new to the author’s works then I’d strongly suggest starting somewhere else, and there are dozens of articles out there on the web that will help you choose exactly which book would suit your personal tastes the most.