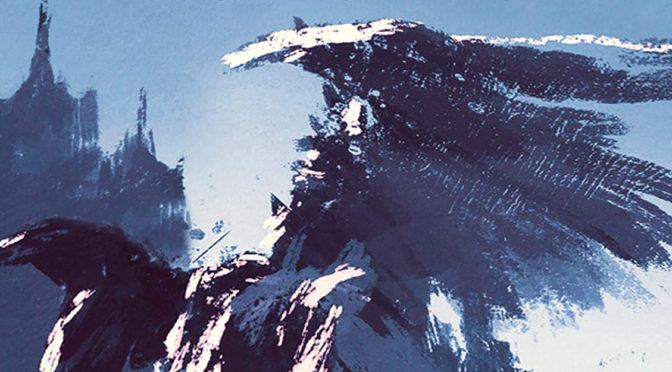 The Tower of Living and Dying by Anna Smith Spark
My rating: 5 of 5 stars

Following last year’s Court of Broken Knives I had high expectations for this book, and I have to say I was not disappointed. As with the first book in the series, The Tower of Living and Dying may not be everybody’s cup of tea, but if you enjoyed the first you’re going to love the second.

Anna Smith Spark has a unique way with words, combining elements of Homeric tradition with lyrical prose, alternating fragmented sentence structure with long form descriptions, and even changing from third- to first person POV on occasion, and it all works so well. You’re drawn along with the narrative, the stylistic changes adding to the emotional impact of each scene or set piece. The battles especially are frenetic and chaotic, making you feel like you’re there in the middle of the action, living (and dying) with the characters, giving the quieter character-driven scenes even more impact and strength.

Speaking of the characters, there’s a lot of development going on in this book. Marith is growing into his role as the great conquering hero (the word hero here falling closer to a Classical definition than the modern one), Tobias is embracing his role as the everyman, and Orhan is beginning to realise his mistakes as a statesman overstretching himself, but perhaps the most development seems to go to Thalia, the ex-High Priestess turned Queen. She grows from a seemingly pliant ‘trophy wife’ woman of no agency into one of the more essential characters in the final battle; she holds Marith’s life in her hands on a number of occasions throughout the book, both figuratively and literally; it is Thalia who talks directly to the reader, and never once does she make excuses for her own actions, her own choices. She may not be a sword-wielding kick-ass heroine but for me she is definitely one of the more intriguing characters this series has introduced so far.

I’ve been lucky enough to hear the author read from her works on a number of occasions now, and from reading both Court and this one I’m certain that the best way to enjoy these books is as stories told around a campfire, late at night. They’re so definitely written to be read out loud that for the first time in my life I’m actually considering signing up to Audible to get the audiobooks.

All in all, this book gets what I consider to be a worthy five stars. Now I just have to wait a year for book three.