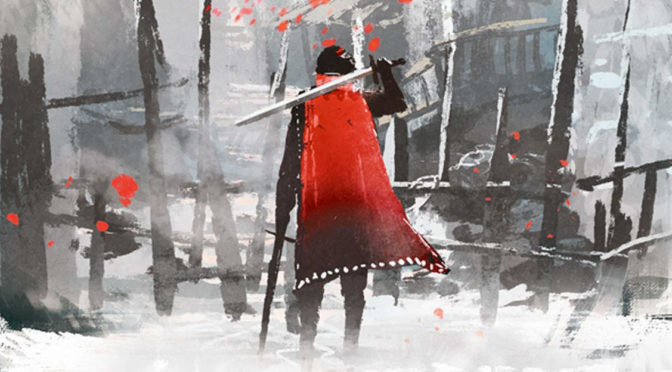 The House of Sacrifice by Anna Smith Spark
My rating: 5 of 5 stars

SPOILER WARNING – This review may contain spoilers for all three books in the Empires of Dust trilogy.

The House of Sacrifice is the final book in Anna Smith Spark’s remarkable Empires of Dust trilogy and I have to say it’s definitely a glorious end to one of the best fantasy trilogies I’ve read in a long, long time. Before I get into the review proper I should warn you that there’s a good chance there will be spoilers for the first two books in the trilogy, so if you haven’t already read The Court of Broken Knives or The Tower of Living and Dying you might want to go do that first.

Okay, if you’re still here then I’m going to assume you’ve already read the first two books in the trilogy. Marith Altrersyr has conquered or subjugated everything in his path and is finally ready to settle down to a happy life as the King of all Irlast but fate has other things in store for Amrath reborn. With his wife, Thalia, at his side, and a blood-crazed army at his back, Marith sets off on the road to conquest once again, this time with glorious Sorlost, heart of the Sekemleth Empire set in his sights. Can King Ruin achieve the one thing his infamous ancestor was incapable of and sack the Golden City?

To say that Anna Smith Spark has a unique and unusual way with words would be like suggesting the ceiling of the Sistine Chapel is a pretty painting; it’s an understatement of the highest order. Amongst her influences she lists M. John Harrison, and that influence clearly comes through in the way she writes. As with both previous books in the trilogy the prose here is at times both lyrical and brutal, harsh fragments of ugliness and horror coupled with some of the most beautiful descriptions I’ve ever read. This is a book that needs to be read out loud, needs to be shared as oral tradition, and I’ll never get tired of reading Anna’s work.

The character development from the previous books continues here. Marith’s descent into madness and nihilism becomes even more pronounced, coupled with a rapidly growing hubris as he begins to truly believe he can’t be killed. Then there’s Thalia’s growing sense of guilt over her decision to not kill him when she had the chance, shown in her focus chapters where she questions whether their growing misfortune is deserved. These are characters that both mirror and contrast each other, each feeding the worst parts in the other while convincing themselves they do what is necessary. But as Marith begins to wonder if there should be an end to the death and destruction, Thalia still refuses to apologise for what they have done.

Hidden amongst the camp followers of Marith’s army, Tobias has all but given up on reclaiming any of his former glory. Disheartened by his own failure to stop Marith in book two he has found a peace of sorts, though he still seems to be driven by the desire to put right the things he thinks he did wrong. He gets a chance to redeem himself briefly in the middle section of the book but ultimately chooses to chase the past, once more returning to his martial roots, the thing he knows best.

And then there’s Orhan, once shining light of Sorlost, cast down by his own failures in the plot against the Sekemleth Emperor. Brought before the Immish governor of Sorlost, he is given the chance to reclaim former glories and is shown a path to redemption, only to have it pulled away from him when the King of Death comes knocking at the gates of the city.

There’s an interesting mix of character arcs in this trilogy. Marith and Thalia most definitely have a clear start, middle and end to their development. Marith’s arc in particular is damn-near note perfect in its adherence to the classical tragic heroes arc. Whether you love him or hate him, you can’t help but feel pity for Marith when his end comes, as it surely must.

For Tobias and Orhan, and for so many of the secondary characters, their arcs are almost cyclical. Tobias’ story ends as it began, with him leading a squadron of mercenaries, while Orhan achieves his goal of ripping down and rebuilding the Sekemleth Empire and finally reclaims the power and prestige he had at the start of the trilogy.

Taken as a whole, the Empires of Dust trilogy is a masterwork of fantasy literature, and in my mind definitely secures the author’s right to claim the title of Queen of Grimdark. This isn’t a particularly pleasant story, and at times highlights the worst aspects of human nature in gloriously sickening detail, yet there’s something beguiling about it, something that makes it impossible to look away as even the supposedly decent characters perform the most heinous acts of horror and depravity. This is high literature with a distinctly grimdark flavour, and it truly sets a high bar for others to aim for. Definitely worth every single one of the five stars I’m giving it, and then some.