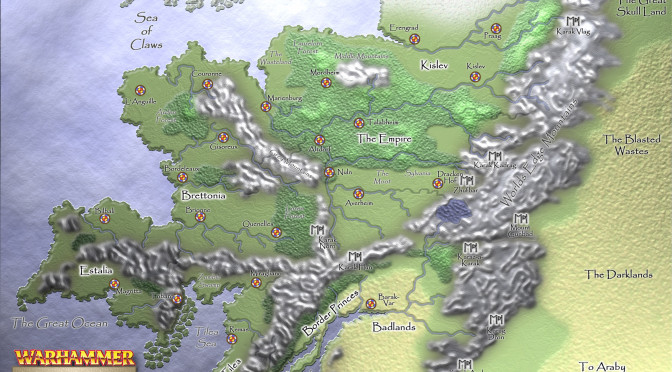 Just a quick post today. I was going through some of my old digital artwork and I found this map of the Old World that I made back in the early 2000’s for an aborted Warhammer campaign I was planning on running for a few friends and myself.

I also found some of the initial designs I made for the standards for my old Slaanesh army, so I may resurrect those at some point, though as I’ve mentioned a couple of times I’m mostly focusing on the greenskins for now.

Speaking of which, I now have five of those chaps undercoated and awaiting the gentle ministrations of a 5/0 brush. Hopefully I’ll be able to bring you some updates and pictures next weekend.