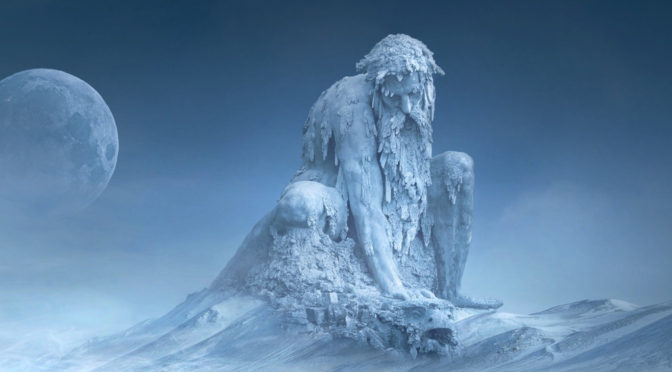 I was sifting through the writing folders on my computer last night and I was a little shocked by just how many projects I’ve started over the years. Quite a few of those projects never made it past the just-an-idea phase, but there’s still a decent number that I’ve taken the time to flesh out and develop enough to consider viable for further work. A couple even have full-length first drafts attached to them, though given that in some cases these were written almost a decade ago I suspect they may need some serious work before I can safely say they’re ready for public consumption. For those who might be interested, here’s a list of those projects I’m most interested in developing further over the next few years.

Faded Skies: This one should go without saying. It’s a series of loosely interconnected short novels set approximately fifty years in the future. Technically speaking the first novel in this series (A Pocketful of Secrets) was originally published back in 2006 through Print-on-Demand outfit Lulu, and while it’s now officially out of print it is possible to still get a copy from Amazon. A working draft of the second novel (Charlie’s Law) was finished in late 2009 but due to motivational issues and a general dissatisfaction with the text I never took it further. I’m now working on a re-write of A Pocketful of Secrets which I hope to have finished and ready for publication towards the end of 2013, and completely new outlines have been written for Charlie’s Law and a third novel tentatively entitled A Drift of Stars.

Inheritors’ War: This space opera project was originally started as a series of short stories and flash fiction on my long abandoned LiveJournal account, collected together under the banner-title Ghosts of War. For a long time the project was left to fester but just recently I’ve been having a few ideas for how to build on my original ideas and fully intend to develop it further in 2014.

Cathedral: Another space opera idea, this planned trilogy is set several million years in the future and features a background in which the human race is almost entirely extinct. The main story arc concerns a warlord’s search for the ultimate weapon and a young girl’s attempts to deal with a universe that’s much bigger than she realised. I currently have full outlines for the entire trilogy, along with extensive background notes, character sketches and research material. All being well I plan on starting work on the first draft of the first novel in late 2014.

The Chronicles of Ru’ah-Hir: This epic high fantasy project has been in development for over twenty years and is almost certainly my most ambitious. As it stands the outline consists of twenty novels broken into five tetralogies spanning five thousand years of the story world’s history. Taken as a whole the chronicles tell of the final war between the powers of light (good) and darkness (evil). I currently have working drafts of the first two novels of the first tetralogy, with complete outlines and extensive background notes and character sketches for the rest of the series. I’ve not set a date for when I intend to return to this project but it is one I definitely want to finish at some point.

No Man’s Land: The original idea for this standalone novel was provided by my father. It’s a sci-fi story in which a new disease ravages the Earth’s population, paving the way for an alien race to turn up and play the role of saviours. I currently have extensive background and development notes, along with character sketches for most of the major characters. However, I still need to do a lot of research into viruses, etc, before I can even think about tackling this one. It will happen, I just don’t know when.

The Shadowman: This series of six short stories/novellas is inspired by the darker side of superhero culture and follows the adventures of the titular character as he fights crime and kicks ass in a down and dirty modern-day Chicago. An early version of the first story, Burning Skies, is currently available for reading from the Short Fiction page, and I’ve got working drafts of the second and third stories finished. I’m hoping to have all six finished and ready for publication some time in late 2014. Note that the Shadowman character described in these stories is not the same Shadowman as found in the Valiant Comics or video game.

Keltoi: A fantasy-style historical novel set during the height of the Roman Empire. Drawing from a mixture of Celtic, Roman and Christian beliefs this tale will tell a story of what happens when the old traditions are swept aside by the new, and of the people who fight to hold on to their ways despite the odds against them. So far this project exists as nothing more than a few rough ideas and a very vague outline.

[Untitled Love Story]: The idea for this one was originally given to me by a friend, the plan being for us to both work on it together. It’s a contemporary exploration of the concept of love, told through half-a-dozen or so individual stories. It’s been a long time since I did any work on this project and I’ve since lost touch with the other writer. As it stands I have a working draft for one of the stories, and extensive notes for the rest. I’d still like to finish it at some point, if only to prove that I can, though I’m not sure if I should.

And there we have it, enough projects to keep me going for several years to come. There are a few other projects that I’m tempted to explore at some point but the ones listed above are the main ones for now. I’m also considering putting out a commercial anthology at some point, though a final decision on that is yet to be made.

4 thoughts on “A Project For Every Occasion”